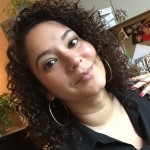 Being a member of this Task Force is not just about my work here at Wesleyan, it’s about my life. It’s about how my own experiences with racism, sexism and classism have hurt me in profoundly deep ways; it’s about how my privilege with heterosexism, skin color and ability level has consciously and unconsciously hurt others. It’s about being a part of something that will create sustainable change to not just make Wesleyan a more equitable and inclusive place, but to also make it home for so many students, faculty and staff who feel like guests. I will bring everything I have to this Task Force including the Brooklyn hustle I learned from my dad, the unyielding courage that I learned from my mom and the raw honesty that Wesleyan students hold me accountable for each and every day of my work. This task force for me is about liberation 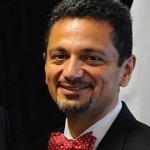 I came to Wesleyan two years ago because it was an opportunity to work with highly motivated students, faculty, and staff who care about changing the world as we find it – unequal, inhospitable, uncaring, broken. It’s been a long ride from the Bronx of the ‘70’s to where I find myself now as the institution tries to evolve beyond “diversity university,” by trying on a new set of threads that must be meaningful and sustainable. My world of work is dynamic and morphs from day to day given that 3500+ human beings on the campus that at times, intentionally or not, make others feel anything but included, respected, and valued. The task force is an experiment in collaborative problem solving on a public stage and beyond the specifics of the charge, it’s a test of how the friction generated by difference can be put to work for a more equitable Wesleyan of tomorrow. 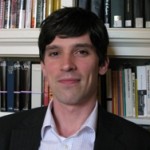 My learning and experience have taught me that social equality should be treated as a fact of nature rather than a lofty ideal. To the extent that this university refuses or is unable to recognize that fact of nature and to shape itself accordingly, things need to change. I agreed to serve on this task force because I have some measure of confidence that it might help in changing things. To do that, the task force will require sustained pressure from, and serious exchanges with, faculty and students. In particular, I think the collective intelligence of the faculty—its historical perspective and critical edge—will need to play a central role. When people have a lot to learn, it’s a good time to be an educator. But teachers also need to be taught, and on that front I hope this task force will work intensively with the students, as well. 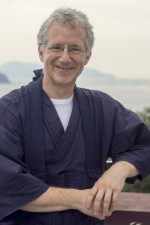 My first encounter with racism hit me hard. While in primary school, my best friend and I listened to Bill Cosby’s records and laughed hysterically at his stories. I loved him. When I was 12, I was able to buy a poster of him and put it on my bedroom wall. Later that day, my father came in and said, “Take that down. I’m not having the picture of a black man on a wall in my house.” I was angry and hurt and knew he was profoundly wrong. And I wanted to do all I could that would prevent people from judging others on the basis of their skin color. Another encounter that hit me hard came many years later, in the fall of 2000, when Max Roach, the great jazz drummer, played at Wesleyan. Racism had become a focus of attention on the Wesleyan campus during the ‘90s, and I wanted to believe that the situation had improved. But somehow, when I had a chance to talk with Mr. Roach, he said, “You know, racism is as bad in this country now as it ever was. It just takes different forms.” And when I started to look closely and to listen to my friends, I knew he was right. Now, the mandate we have received has created an opportunity to initiate genuine change here at Wesleyan. It is time to begin a genuine and ongoing dialogue about race that, I hope, will be part of a seismic shift not only here at Wesleyan but in American society. 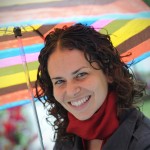 I believe that Wesleyan is uniquely equipped to navigate the tough stuff — but we have to roll up our sleeves and get into the weeds. So let’s do that. I’ll bring to this role: a deep commitment to human-centered design, transparency, and context; 22 years of institutional (Wes)memory; recognition of my privilege; recognition that people I care for are hurting; anger about legacies of injustice; and optimism about the future. Tackling social problems with sustainable solutions is my day job. As a member of this Task Force, I’ll do my best to practice what I preach. 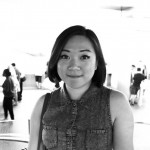 I’ve never considered why equity, inclusion, and diversity matter so much to me because it always made sense that they did. When there are people in pain because of who they are rather than what they’ve done—when you see these people everyday as your classmates, colleagues, or closest loved ones—it doesn’t make sense that they should inherently deserve, expect, or receive less than others. As a daughter of Chinese immigrants, a woman of color, and a low income student, I have experienced what it is like to receive less, but by attending a private liberal arts institution I have also learned the ways in which I have received and continue to receive more from a biased system. What makes sense to me is that when we recognize these inconsistencies between opportunity, between access, between quality of life, we are critical of why they exist, and we hold ourselves accountable to make positive changes for ourselves, for our loved ones, and for those who are still hurting. 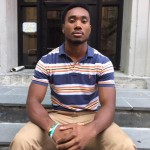 My name is Henry Martellier Jr, and I am just a freshman at Wesleyan. As an African-American, first generation, low-income student, I can identify with struggles many minority students face on campus. Furthermore, despite my short time as a college student, I can feel the pain from the stories of upperclassmen that have desired change for years. It is clear that despite Wesleyan’s commitment to diversity, there is much work to be done to give everyone the best opportunity to be successful. We are having conversations about issues of race, gender, and other important identifiers that make people unique in their own way. But are we taking the proper steps to establish long lasting change that will ultimately make Wesleyan a better institution for present and future students. I am here on this task force because we can no longer be passive. Too many students have waited for change during their four years here to see nothing get done. Students who feel disadvantaged should have a place to express their concerns and receive the support they need. Ultimately, I want the voices of my peers to be heard and their ideas to finally become part of Wesleyan’s culture. 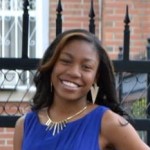 Growing up, I was constantly told that education was the only way to “make it out” of the hood. I was raised in the Brooklyn projects where schools are old prisons and where education is put on the back burner because education does not pay the bills. As a black, low income, first generation college student, there are often mments when I am reminded that Wesleyan is an institution created not to cater to individuals like myself. These are the moments when I feel alone and silenced in my academic and social pursuits, as well as, the moments when I am asked to be the voice of my race in a classroom where I am the only black face. I am a member of the Equity Task Force because I am dedicated to disrupting the working systems that continue to isolate numerous students on campus. I want to work to bring attention to our needs and to help to establish a sense of belonging for all students. 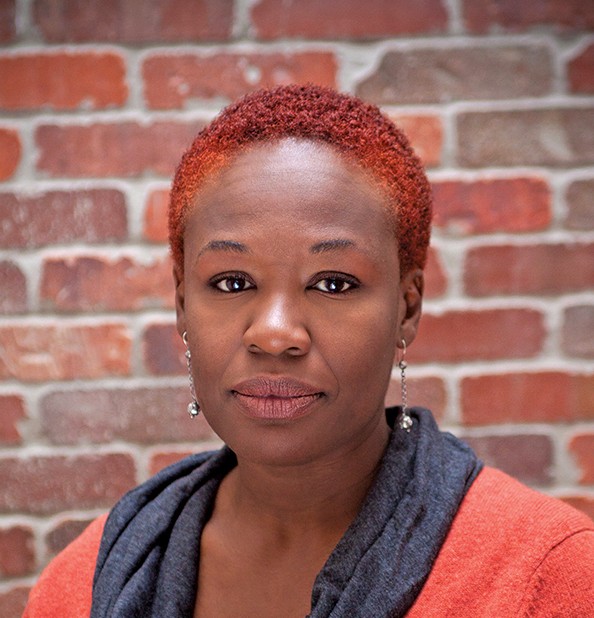 My reasons for serving on this task force are simple. In June 2015, the Board of Trustees issued a very strong statement on Wesleyan’s commitment to equity and inclusion that shows they were already thinking about issues raised by students’ IsThisWhy protest. Coupled with the national movement/uprising in universities and colleges across the country, I believe we are in a moment full of opportunity that requires those of us concerned with making institutional changes to become more consciously active in this process. So, I decided to step up to the plate, if you will, ready to participate, inspired by young people eager to learn and who refuse to accept their marginalization and unequal education as status quo. I am also motivated by colleagues (faculty and staff) who are enthusiastic about contributing to expanding and reshaping our campus, while committing to a place where greater belonging is possible. I often ponder Alice Walker’s great title, “If the present looks like the past then what does the future look like?” Indeed, what exactly does it mean that in the 21st century, this institution appears as though we are from a previous era? Wesleyan has fallen way behind in matters of “diversity”. We need to take bold and rather giant leaps to catch up before even thinking of leading. As a Black woman who has successfully made her way through academia, being committed to inclusion has been a non-option for me. It has been a difficult road as I negotiate racism and live with codes and devaluation I inherited from history every single moment of every day. As a student activist then, and as an academic activist now, my goal remains the same: I want a different experience for new generations. I still dream of a more socially just world for everyone.

The full roster for the Presidential Equity Task Force is as follows:

At the end of last semester I indicated we would be creating a task force to explore the establishment of a multicultural resource center as part of our broader effort to improve equity and inclusion on campus. This task force will be tri-chaired by Professor Gina Athena Ulysse, Shardonay Pagett ’18, and Antonio Farias, Vice President for Equity and Inclusion. Their initial report is expected next month and final recommendations by May 1.  You will be able to find updates on their work and related events, including a community dialogue to be held early this semester, at http://equity.wesleyan.edu. This is important work, and I thank the members of this task force for their participation.

It need hardly be said that making our campus more equitable and inclusive is a communal goal and must be a communal effort. In the course of this work we will be challenged to truly listen to differing viewpoints and to learn from them.  In 2016 let’s each and every one of us do what we can—be it personal, political, or intellectual—to contribute to equity and inclusion at Wesleyan.

Purpose: To review and provide timely recommendations to the president based on expressed need by undergraduates for a multi-use Center (Multicultural, 1st Gen, Gender) and staffing to support living and learning experience of marginalized communities on campus.

Recommendations to the President will be presented on an ongoing basis, with an initial report by February 14, 2016 and a more comprehensive report by March 4, 2016, to include the following:

Three broad areas the center is expected to contribute to overall campus efforts:

This site was created in order to provide the Wesleyan community and its friends with timely updates of ongoing efforts to create a more equitable and inclusive learning community on the campus.